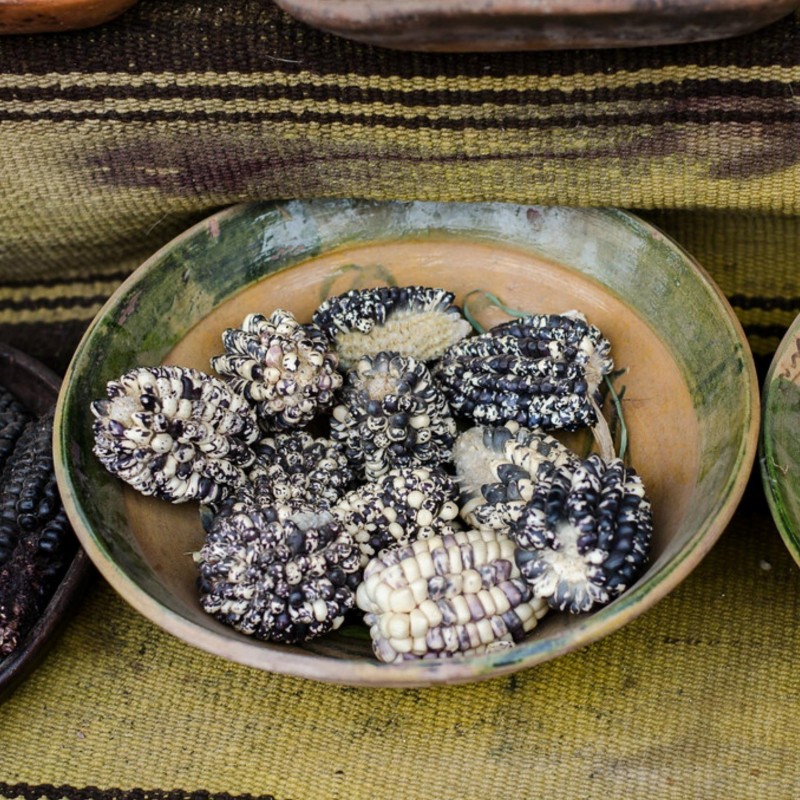 Chullpi-Maiz Chullpi has a softer shell and interior, and for this reason is most widely used as a toasted (cancha). This unusual large kernel corn is grown for popping. The robust kernels explode

Chullpi-Maiz Chullpi has a softer shell and interior, and for this reason is most widely used as a toasted (cancha).

This unusual large kernel corn is grown for popping. The robust kernels explode when heated Having enough force to jump out of the pot. Unlike the popcorn that most of us are used to, Chullpi corn does not “pop” all the way, instead the heart stays meaty and “puffy” with a nice toasted flavor. Being from the Andes, this is surely another long season corn that is most adapted to short daylengths.

Chullpi maize is a native variety of Peru and the provinces of Jujuy and Salta, in North-western Argentina. Its spikes are oval to conical in shape, with numerous rows of 18 to 24 kernels each. The grains are long, narrow, containing starch in the heel and dextrin or sugar at the apex and becoming wrinkled when mature.Chullpi maize is still produced in its native area by farmers of pre-Hispanic origin, who traditionally use it as a food reserve for the winter. Its roasted grains are eaten as they are or together with goat cheese, another product of the region. In addition, it can also be transformed into a typical breakfast drink. Finally, its green ears, called ‘choclos’, can be occasionally consumed boiled in water or roasted, their taste being sweeter than the mature ones as they feature a higher sugar content. The survival of the Chullpi variety is now severely endangered, as on the one hand it requires particular weather conditions for its growth and on the other it suffers from the competition of other commercial sweet corn varieties, which are both sold frozen in the cobs and shelled in cans. This caused its cultivation to plunge, and it is today rare to see it exchanged with other products.